Linux and Vim with a 60% Keyboard

If you’ve never seen one before, a 60% keyboard looks like this: 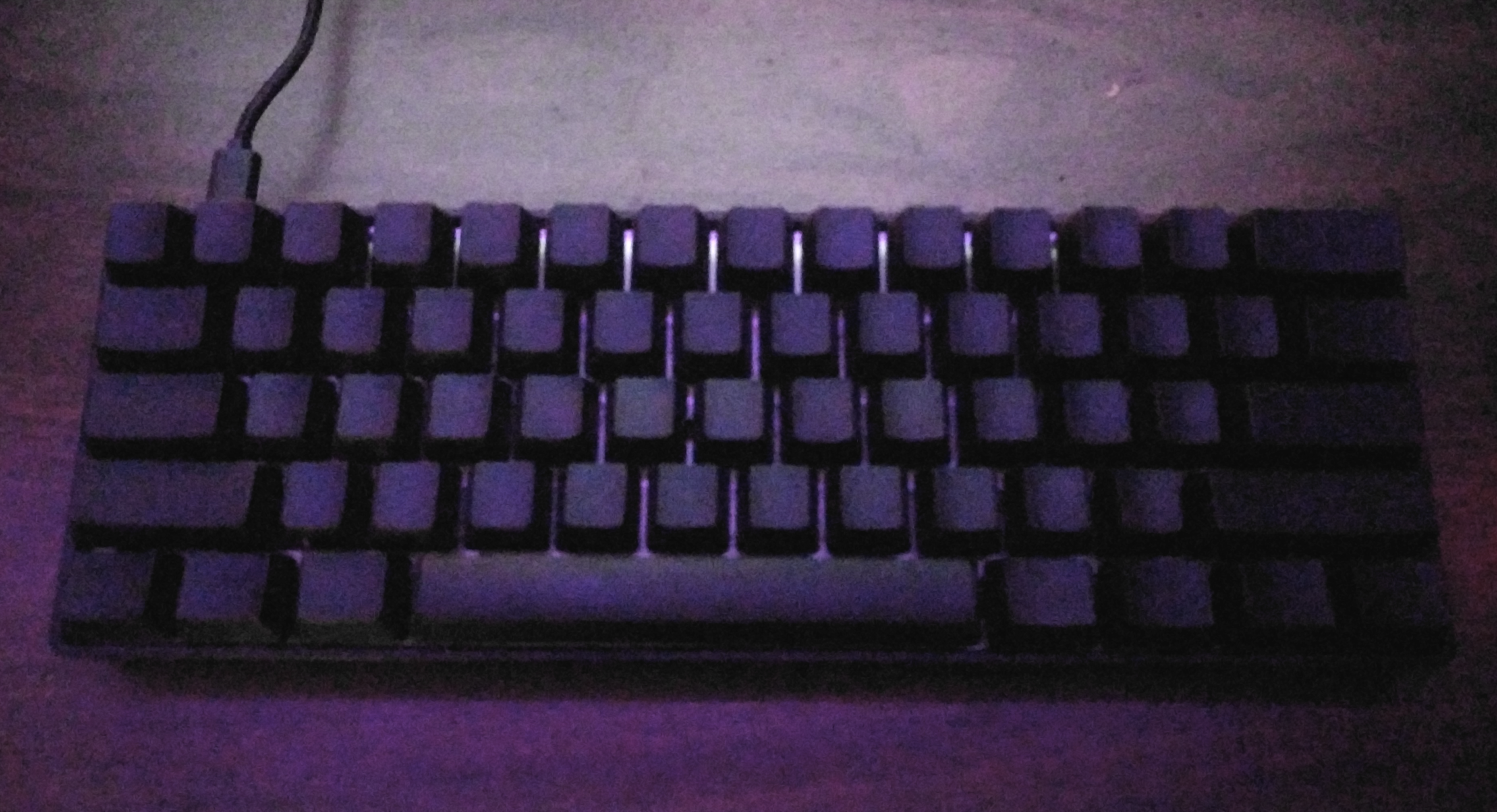 This is the keyboard (DZ60) I built many months ago as my old one, an exposed circuit board susceptible to air drafts, stopped working.

Having unlabelled keycaps and using a tiling window manager (bspwm) greatly increases the security of my workstation:

I was expecting to have to do some adjusting but didn’t need to. Nothing actually changed here, except that now that key is also ESC and grave. The layout looks this:

I also used the arrow keys to navigate shell history. The layout I use has a “layer switch” key on the bottom row where the “context” key usually is. If I want to type arrow keys, I hold that key and use h,j,k,l as if I were in Vim. The same key turns the ESC key into grave.

ESC is used frequently for switching modes in Vim. Using a 60% keyboard is actually better for Vim in my opinion, because ESC is closer, being to the immediate right of 1.

I don’t have any problems with Vim or Linux using a 60% keyboard. The only thing missing is a numpad, which I replace with the buttons on the side of a Logitech G600 using Piper to configure its bindings.